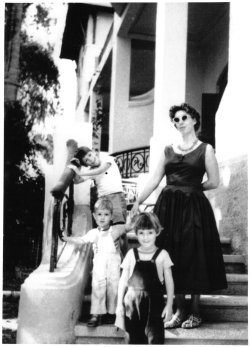 FAMILY
­
The family name was Schonemann until the beginning of the Great War, when it was changed to Woods. My paternal grandfather Frank was an engineer in India. He was made Companion of the Indian Empire (CIE) in 1920. My father’s elder brother Karl supervised the building of the railway between Basra and Kirkuk in Iraq. He was awarded the Order of the British Empire (OBE) in 1957. My father Frederick worked as a chartered accountant in Egypt for twenty-one years. A keen amateur photographer, he exhibited his work at the Paris and Cairo salons.

My mother’s father was the journalist Leonard Crocombe, first editor of the Radio Times and editor of Tit-Bits. He wrote two travel books, An Editor Goes West (1938) and Slow Ship to Hong Kong (1951). He also wrote an autobiography, Trust the Happy Moments, which remains unpublished. It was he who gave me my first typewriter, his own portable Remington. My mother Charmion went out to Egypt after the Second World War to teach at the Victoria College in Alexandria. It was there that she met my father. I was born in Cairo in 1953, the third of three children.­ 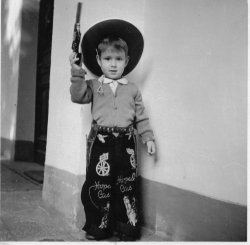 Having left Egypt during the Suez crisis of 1956, the family followed my father’s work to the Gold Coast, later Ghana, where we lived mainly in Accra, but for one year in Takoradi. My brother Nicholas was three years older than me, my sister Allegra two. In Ghana we attended Roman Catholic international schools staffed by nuns. My happiest childhood memories are of Ghanaian beaches and of a couple of sunny summers back in Hampshire.

When my father retired in 1961, we moved to the south of England, arriving just in time to endure the big freeze of 1962 on the Sandbanks peninsula at Poole Harbour. I attended the Oratory Preparatory School in Canford Cliffs.­­ 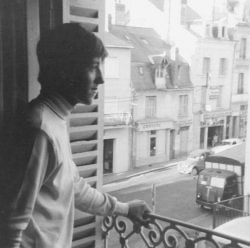 From 1966 to 1970 I was sent, on a scholarship, to the Oratory, the Roman Catholic boarding school based around an early Georgian country house in Oxfordshire, once the home of the Victorian novelist Edward Bulwer-Lytton. A rigorous routine of compulsory sports and prayers left me with permanent spinal and spiritual damage, but my schooling otherwise had the beneficial effect of leaving me a socialist, a republican and an atheist.

After school, among the grey concrete ziggurats of Denys Lasdun’s new University of East Anglia (UEA), I read for a BA in English and American Literature (1971-1974), but also attended lectures on European literature and the history of art. Highlights of my undergraduate experience included sessions by W.G. Sebald on Kafka, A.E. Dyson on Yeats, Victor Sage on Dickens, Paul Kennedy and Eric Homberger on George Orwell, Helen McNeil on Modernism, and Stefan Muthesius on Victorian domestic architecture.

I took part in that formative moment at UEA in 1972 when Angus Wilson and Malcolm Bradbury convened their first undergraduate seminar in creative writing - it was attended by their first MA student, Ian McEwan - and I also studied writing with Bradbury and Wilson at Masters level. I have been closely involved in the evolution of the discipline since then, notably as a member of the small team that set up the MA in Writing at Nottingham Trent University in 1993.

I was awarded an MA in modern literature in 1975, and then stayed at UEA to write a doctoral thesis on homo-eroticism and modern English and American poetry. My research was supervised by the Italian cultural historian Guido Almansi, with additional help from Eric Homberger and Lorna Sage. The PhD was awarded in 1983, and the revision of my thesis was published by Yale University Press as Articulate Flesh (1987). In 2006 I was awarded a second doctorate, a DLitt, by UEA.­ 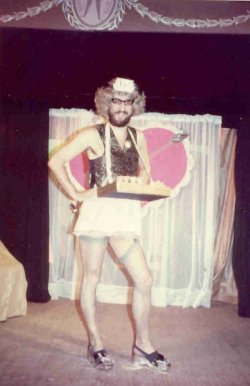 From 1980 to 1984 I taught in a department co-chaired by Franco Moretti at the University of Salerno, Italy. Where once the alchemists made up for their failure to transmute base metals into gold by inventing modern medicine, we laboured on minuscule budgets to teach English to massive numbers of disadvantaged students in a region struggling to recover from the earthquake of 1980. The main literature courses I taught in Salerno were: ‘English Elegy’, ‘Women and Irony: Jane Austen, Virginia Woolf’ and ‘After Auschwitz: Late Texts of Samuel Beckett’. While working in Salerno, I lived in a flat on the beach at Vietri sul Mare, the first town on the Costiera Amalfitana.­

I worked at Nottingham Trent University from 1990 to 2013, mainly teaching modern English and American literature and cultural studies. My courses included ‘Contemporary Lesbian and Gay Cultures’, ‘Homosexuality and the AIDS Epidemic’, ‘Post-War Gay Literature’ and ‘Queering the Modern’. In 1998 I was appointed Professor of Gay and Lesbian Studies. (Because this was the first such appointment in the UK, it attracted some attention. The then Conservative shadow home secretary Ann Widdecombe used the pages of the Sunday Mirror to denounce my career as ‘a phenomenal waste of public money’, while the right-wing British National Party saw the appointment as yet another sign of national decline.) In 2014, I was appointed Emeritus Professor of Gay and Lesbian Studies at NTU.

Since my earliest scholarly publication, a group edition of Milton’s ‘Lycidas’ for Cambridge University Press (1975), I have published many essays and reviews in Britain, Italy, Norway, Finland, Australia and the United States. As well as with literature, these have dealt with queer politics, film and cultural studies. My main academic books are the 240,000-word A History of Gay Literature: The Male Tradition, commissioned by Yale University Press and published by them in 1998 (it was the first such history to be published); and Homintern: How Gay Culture Liberated the Modern World, published by Yale in 2016.

From 2004 to 2013, I chaired the Gender Studies expert panel on the European Science Foundation's project to develop a European Reference Index for the Humanities (ERIH). I was a member of the peer review colleges of the European Science Foundation and the Arts and Humanities Research Council, assessing funding applications in gay and lesbian studies; and I was a strategic reviewer for the latter, the AHRC. I have been a Fellow of the Royal Society of Arts, and am a founding Fellow of the English Association. 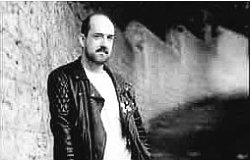 In 1989, my poem ‘First of May’ was a prize-winner in the Skoob/Index on Censorship poetry competition, judged by Sir Stephen Spender, Anne Stevenson and Jon Silkin. Spender asked to see more of my work and provided me with testimonials to help in getting it published. Carcanet published We Have the Melon in 1992. Thom Gunn had read it, and he enthusiastically endorsed it, too. My subsequent poetry collections are May I Say Nothing (1998), The District Commissioner’s Dreams (2002), Quidnunc (2007) and An Ordinary Dog (2011), all from Carcanet. The latest of these was shortlisted for the 2012 East Midlands Book Award.

In 2001, the British composer Michael Finnissy included a musical portrait of me in ‘Seventeen Immortal Homosexual Poets’, the core section of his epic work for piano The History of Photography in Sound, premiered at the Royal Academy of Music, London, in January 2001, and published by Oxford University Press. All but one of the other immortals are now dead, which bodes ill for me.

While I am happy to think of myself as a gay writer - in Gay Times in 1995 Alan Sinfield called me ‘the foremost gay poet working in Britain today’ - this is because I have a very broad sense of what such a writer can do. I am not happy, though, to accept such a label from people who think of it as ‘just a gay writer’. From them, I expect the courtesy of being recognised as just a writer.

I was always a strong believer in the public-service role of the university lecturer. Since my arrival at the then Nottingham Polytechnic in 1990, I've been a familiar figure on the cultural scene in Nottingham and the East Midlands. I've made public appearances at many local venues and institutions, including the following: the Genito-Urinary Medicine department of Nottingham City Hospital, Nottingham Playhouse, Nottingham Contemporary, the NOTT Dance Festival, the Department of Adult Education, Nottinghamshire public libraries, Nottingham Castle Museum, the National Justice Museum, the Djanogly Art Gallery, the Lakeside Theatre, Bromley House Library, Nottingham YMCA, BBC Radio Nottingham, Radio Trent FM, Century 106 FM, Trent Sound, Notts TV, Nottingham Writers' Studio, Blackwell’s bookshops, Waterstone’s bookshops, Mushroom Bookshop, Five Leaves Bookshop, People’s College, New College, the University of Nottingham, the Open University in the East Midlands, Nottingham’s Voluntary Action Centre, Nottingham Lesbian and Gay Switchboard, the Gay AIDS Initiative, Healthy Gay Nottingham (the Health Shop), Breakout (Nottingham group for gay/bisexual men), Silver Pride, the National Association of Teachers of English (Nottingham branch) and the Broadway Cinema (on whose Media Education Advisory Committee I served from 1992 to 1998). I've also made public appearances at Leicester De Montfort University, the University of Leicester, Loughborough University, Bishop Grosseteste University College (Lincoln), the Royal School for the Deaf in Derby, Derby’s Metro Cinema, Derby Museum and Art Gallery, Derby's Guildhall Theatre, Leicester’s Phoenix Arts Centre, the Leicester Lesbian and Gay Centre, States of Independence (Leicester), the Lowdham Festival and the Southwell Festival. I took part in an East Midlands Arts ‘New Voices’ tour of the East Midlands in May 1998, reading my poetry at the libraries in Derby, Beeston and Wellingborough and at the Guildhall in Leicester. I've published work with the regional publishers Candlestick Press, Shoestring Press, Mushroom Books, Sow's Ear Press, Spokesman Press, Global Words Press and Five Leaves Press; and in publications from the region including Left Lion, Lucifer, New Walk, The Spokesman and Quartz. I was on the management board of the trAce Online Writing Centre for nine years, chairing it for four. Until the restructuring of Arts Council England (ACE) in 2002, I served on the board of directors of East Midlands Arts. I was then an artistic assessor for ACE from 2009 to 2015.