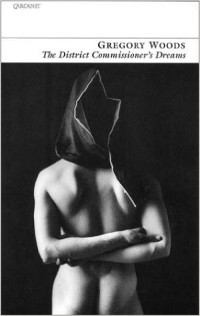 ‘The District Commissioner’s Dreams' is an integrated collection of poems in which Gregory Woods returns to themes of obsession, possession and violence. Exploring masculinity, the opening section draws on struggles for power in both ancient and more recent history. These poems dissect men’s vanities and desires in ways that expose the personal facets of heroism and atrocity.

‘In the pivotal central section, Woods revisits a colonial childhood and the roots of his own development as a writer. The third section then combines personal reminiscences with a sceptical re-examination of sexual liberation. Working in a wide variety of forms, Woods treads the thin line between adoration and exploitation, exerting a rigid control of tone in poems whose moods vary between anger at one extreme and hilarity at the other. The outcome is a cool appraisal of all those familiar affinities between the power of love and the love of power.’

The collection has an epigraph from Carl Jung’s Psychology and Religion:

‘The same men assured me that they never had dreams; they were the prerogative of the chief and of the medicine man. The medicine man then confessed to me that he no longer had any dreams, for they had the District Commissioner now instead. “Since the English are in the country we have no dreams any more,” he said. “The District Commissioner knows everything about war, and about where we have got to live.”’

Adam Mars-Jones, The Observer, books of the year 2002:

In poetry I was very impressed by the technical resourcefulness and emotional range of Gregory Woods’s The District Commissioner’s Dreams.

The poet explores masculinity and sexuality in all its guises in a startling range of poetic forms … Woods is a daring poet; at times his writing is highly sexually charged, at others, very moving, but beneath everything is a devilish wit.

By turns witty and coolly ironic, authoritative, sensuous and impassioned. The District Commissioner’s Dreams marks an already accomplished poet varying his voice and extending his thematic range. As reviewers say: I urge you to buy it. Prepare to be impressed.

Woods’ tonal range allows him to employ a number of different voices in a variety of forms: sequences of mythology appear side by side with lyrics of terse couplets. This is poetry with a decided edge.