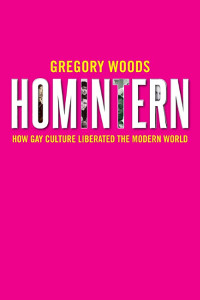 In a hugely ambitious study which crosses continents, languages, and almost a century, Gregory Woods identifies the ways in which homosexuality has helped shape Western culture. Extending from the trials of Oscar Wilde to the gay liberation era, this book examines a period in which increased visibility made acceptance of homosexuality one of the measures of modernity. Woods shines a revealing light on the diverse, informal networks of gay people in the arts and other creative fields. Uneasily called ‘the Homintern’ (an echo of Lenin’s ‘Comintern’) by those suspicious of an international homosexual conspiracy, such networks connected gay writers, actors, artists, musicians, dancers, film-makers, politicians, and spies. While providing some defence against dominant heterosexual exclusion, the grouping brought solidarity, celebrated talent, and, in doing so, invigorated the majority culture.

Woods introduces an enormous cast of gifted and extraordinary characters, most of them operating with surprising openness; but also explores such issues as artistic influence, the coping strategies of minorities, the hypocrisies of conservatism, and the effects of positive and negative discrimination. Travelling from Harlem in the 1910s to 1920s Paris, 1930s Berlin, 1950s New York and beyond, this sharply observed, warm-spirited book presents a surpassing portrait of twentieth-century gay culture and the men and women who both redefined themselves and changed history.

This book can be purchased from Amazon and YaleBooks.

“A comprehensive anthropological survey exploring the ways in which the gay community has changed the world … Woods delivers a well-researched, compelling study of how countless gay [people] have affected, influenced, and restructured the cultural climate for more than 100 years. He also addresses diversity and remains objective, all the while slipping in some personal opinions about political climates across the generations. An information-heavy book that provides a wonderful resource for those interested in learning about the rise of gay poetics at the onset of the 20th century” — Kirkus Reviews, starred review

“Woods’ history of the ‘homintern’ is in turn hilarious and horrifying ... Homophobia was pervasive and vicious ... But this is not a gloomy book. Woods lovingly presents a range of gloriously outrageous gay and lesbian individuals and couples” — Joanna Bourke, BBC History Magazine (1 April 2016)

"A hectic parade of major and minor figures, in what amounts to a gay gazetteer divided into geographical regions ... fascinating" --Duncan Fallowell, The Spectator (9 April 2016)

“In this marvellous mess of a book … Woods regales the reader with an avalanche of stories, ribald gossip, and lengthy asides that collectively confirm the book’s central thesis: gay culture, or at least gays and lesbians, did indeed liberate the modern world”—Brian Kenney, Booklist (15 April 2016)

“Gregory Woods’ provocative new book is subtitled ‘How Gay Culture Liberated the Modern World’. It’s a bold claim to make—and one the author backs up with deliciously gossipy prose and copious notes … There’s almost a century of gay social and cultural history packed into these 400 pages … What really brings the book alive are the characters” — Paul Burston, Boyz (26 April 2014)

“Woods is a knowledgeable and entertaining guide”—Caleb Crain, The Guardian (7 May 2016)

“Accessible, erudite and often amusing ... It is beautifully written, printed, bound and jacketed. Yale University Press are to be commended for making available this pioneering work at an affordable price”—Anthony Lane, The Spokesman 132 (May 2016)

“In this marvellous book, which once I had started [it] I found difficult to set down, politics merges continually with social anomalies … This is a book which throws unreasonable prejudice in the ash can where it belongs, clears up misleading myths about gay people and should be on the reading list of every fresher starting a university degree”—Richard Edmonds, Hiskind (31 May 2016)

“This wide-ranging history of gay culture spans the so-called “Wilde century” ... Woods shapes his book as a challenge to a defining myth of the period: the idea that homosexuals, newly emboldened, were secretly plotting a takeover of the social order. Marshalling an impressive array of conspiracy theories ... Woods allows his eclectic portraits of gay groups and individuals to provide the exculpatory evidence”—The New Yorker (11 & 18 July 2016).

“In Homintern, British poet and scholar Gregory Woods has gathered the often overlooked or underappreciated stories of over a century of gay men and women from around the world and woven a remarkably cohesive narrative underscoring just how much they’ve shaped our cultures … [I]t is a thoroughly researched and brilliantly executed exploration of how the emergence of a visible homosexual identity caused heteronormative societies to rethink long-held understandings of sexual constructs ... Over roughly 400 pages, the reader is guided through an intercontinental journey from Wilde’s London to Isherwood’s Berlin to Baldwin’s Harlem, among others, all without ever losing his thread or falling back on sensationalist speculation. The result is a thoroughly enjoyable and easily accessible text exploring the complex dialectical dance between opposing sides as they not only influenced each other, but their respective cultures as well ... Moreover, Woods appears to make every attempt to celebrate gay men and lesbians equally. For every Oscar Wilde or Samuel Steward, there is a Radclyffe Hall or Gertrude Stein; an aspect of queer historical texts that is too often lacking … [F]or a generation raised in the era of Modern Family, marriage equality, and romantic (albeit factually questionable) retellings of the Stonewall riots, Woods’ brilliantly cohesive collection of pre-Stonewall narratives will be a revelation that shatters myths about the dark isolation of pre-1960s queerness. The fact is we should never have had to put forth so much effort to find the most basic information about those who have come before us. Now, thanks to writers like Gregory Woods and books like Homintern, we won’t have to”—Dave White, lambdaliterary.org (16 July 2016)

“Devotees of LGBT cultural history who buy it will want to file it at home under Reference, Frequent – but, best of all, LGBT readers of all stripes may keep it on their nightstands. It’s delicious, satisfying reading. Even readers knowledgeable about post-Oscar Wilde gay culture are unlikely to read more than a paragraph or two without learning something they did not know, and I cheerfully confess that my most frequent margin note was ‘!!!’. … In Homintern, Woods’ career-capping ‘summa,’ the noted British gender-studies specialist and LGBT historian marshals the findings of a lifetime’s avid research around a single, clear organizing idea. … The range and depth of Woods’ scholarship are remarkable, but the power of Homintern owes as much to the unabated vitality of his writing. … Books as scholarly and scrupulously documented as Homintern are years in the making. … Given its scope, Homintern is remarkably even-handed, taking in individuals from cultures North and South, East and West, high and low. ... And lesbians get, if not quite equal time, deep and serious consideration. Woods is particularly strong about individuals who warrant a more prominent place on our present-day cultural map than they have. ... And if you, like me, think you’re versed in historical gay fiction, you’re in for a shock; sprinkled among Woods’ pages is a vast syllabus that could last a queer devotee a lifetime”—Tim Pfaff, The Bay Area Reporter 46, 39 (29 September 2016)

“The structure and arguments appear to be less the driving forces of the text and more the natural conclusion after a whirlwind of facts, stories and commentary. This approach, though risky and fun, demonstrates true mastery of sources and the craft of writing, and it provides true insight and clarity into the complications of international identity politics and the cultural influence of a diverse, dispersed, and derided group of people, both real and imagined … Woods makes the case for cultural historians to explore the history of homosexual ‘discretion’ … Such a history would prove considerably valuable, but would also require historians to be as creative and skilled as Woods in drawing upon a wide array of sources to not only reveal what actually existed but also the much more difficult-to-discern and often invisible ripple effects, as he has done here with the Homintern concept”—Katie Batza, Reviews in American History 45 (2017)

“Homintern is obviously the distillation of a lifetime of research. Woods ... appears to have read and internalized nearly every academic study, literary work, scientific treatise, biography, and memoir having to do with homosexuality in most of the major European languages, in addition to tracing in painstaking detail the complex affiliations that existed between figures both major and minor across the various genres of modernist art. Only someone with the depth and breadth of knowledge Woods possesses could convincingly demonstrate the importance of queer sociality within a transnational modernist network whose many nodes included Natalie Barney’s salons in Paris, the sexual subcultures of Weimar-era Berlin, the rambunctious queer expat community in Taormina, Paul Bowles and the Beats in Morocco, and the many gay writers who participated in the Harlem Renaissance … Yet despite the scholarly chops on display (including extensive footnotes and a bibliography that, taken together, make up nearly 15 percent of the book’s length) … I found the experience of reading the book … closely akin to reading through the world’s queerest, most highbrow supermarket tabloid … His loose, impressionistic style teaches his reader to view the world through a new optic, one that categorizes queer alliances not as either a conspiracy or a minor thread within the otherwise ‘serious’ narrative of cultural modernity, but as the story of cultural modernity itself … [H]is account of how the Homintern renovated the 20th-century cultural world offers a powerful account of how we might imagine a more inclusive and intersectional modern queer movement beyond the limits of liberal individualism”—Dustin Friedman, LA Review of Books (25 February 2018)

"Magnificent, magisterial, massive, a masterpiece" -- Fagburn book of the year 2016. 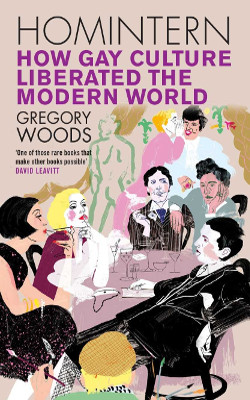 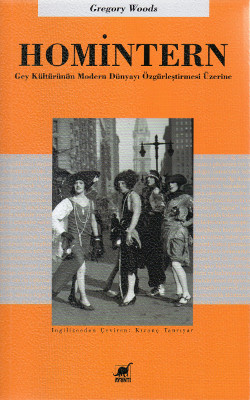